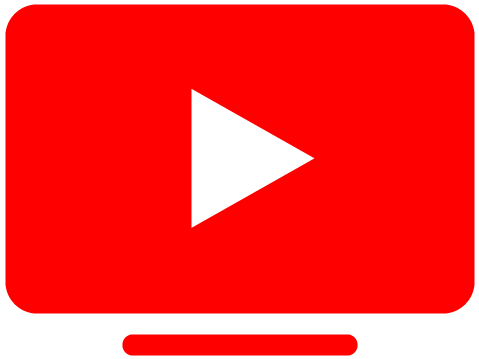 Donald Trump has played so fast and loose with so many hot button topics in his brief political career, none so hot as playing footsie with the Nazis. That’s strange considering that Trump is our oldest president. The son of Tom Brokaw’s ‘Greatest Generation,’ especially as a German, Trump should be extra touchy whenever the N-word is thrown around, in my humble opinion, and not so much with the ‘good people on both sides.’ From what I can see, the only group marching in the ‘Unite The Right’ protest in Charlottesville that had any claim to legitimacy were the weird ‘Promise Keepers.’ The rest were a bunch of asshole quasi-Nazis, spouting hateful, anti-Semitic nonsense.

I often use movie references for understanding things in life and many are films made by director Steven Spielberg. He’s an unqualified genius and many of his films are the best ever made. He inherited the mantle left by John Ford, Frank Capra and Alfred Hitchcock as the quintessential filmmaker of our time, matched with David Lean’s epic eye. In Spielberg’s masterpiece Schindler’s List (1993), Amon Göth, the grotesque Nazi commandant of the Płaszów death camp in Kraków, Poland, whom Liam Neeson’s Oskar Schindler must bargain with for names to add to his list of life, was humanized in a way that was at once unsettling and thought provoking. The great British actor Ralph Fiennes, portraying Göth, delivered to Spielberg and his audience a hint of the human within the Nazi. We see Göth’s humanity tempted by his love for a Jewish woman – Göth had two Jewish housemaids: Helen ‘Lena’ Hirsch (now Helen Horowitz) and Helen ‘Susanna’ Sternlicht (now Helen Jonas). In another scene, Schindler encourages Göth to pardon inmates in his death camp rather than kill them for minor infractions, telling him that the ultimate use of power comes from restraint rather than action.

Göth, against character, lets a boy walk away after using soap instead of lye to clean a bathroom. When the boy leaves, Göth looks at himself in a mirror as he practices pardoning someone as a king might, with his two fingers outstretched. He reflects on his effeminate posture and at once, all humanity is drained from him. He stares at his fingernails as the Nazi within him returns to form. Earlier in the film, we know that the Austrian Göth takes pleasure in using his rifle to murder innocent Jewish inmates in the yard. In the next scene, the boy from before is walking the open yard of the camp as a rifle shot ricochets just next to him. He continues walking along, gait unbroken, as a second shot misses, closer this time. We cut to Ben Kingsley’s powerfully moral character, the list-keeper Itzhak Stern, as the sound of a third rifle shot rings out. He walks, gait unbroken, past the lifeless body of the boy as the camera pans past the insane horror.

As the outrages of Donald Trump flow past the desk of Chief of Staff John F. Kelly, Trump’s pardon of Sheriff Joe Arpaio, not to put too fine a point on it, will cause Trump to feel embarrassment as Göth did in the film. I wonder if Gerald Ford ever felt the embarrassment of that particular empathy? Of course, The Donald couldn’t wait to play with his new pardon bauble, becoming the first president to use the kingly power in his first year since Ford’s singular pardon of Nixon. Trust me, the ingrate Arpaio will say or do something that passes for ingratitude and this will enrage Trump, who will then ‘unpardon’ him, even though you can’t do that.

Our vacillating, wildly unpredictable president has managed to scuttle his vaunted business panel because of his footsie with the Nazis, and this isn’t the first time that The Donald has tempted the wrath of David Rothschild. When Sean Spicer was mealy-mouthing about Adolph Hitler not gassing his ‘own people’ as opposed to Bashar al-Assad back when Trump actually held press briefings, he was just mouthing his boss’s putrid meal. For those who need a refresher on the Nazis, I recommend watching some testimonies of Survivors on the University of Southern California’s Shoah Foundation website, IWitness, one of the many great things to come from the success of Schindler’s List.

The USC Shoah Foundation was established by Spielberg in 1994 to preserve a visual history archive, one of the largest digital collections in the world focused on genocide. The vast majority of the testimonies contain a complete personal history of life before, during, and after the interviewee’s firsthand experience with the Shoah. They are highly recommended to any Holocaust deniers in the Trump ranks. Another great thing to come from the success of the film was the Emmy-winning PBS documentary Inheritance (2008) by filmmaker James Moll, the Founding Executive Director of the USC Shoah Foundation. Moll first came in contact with Göth’s daughter, Monika Hertwig, in 2003 while doing research for Schindler’s List. He made Inheritance to document the German Hertwig and Jewish Helen Jonas meeting in person more than 60 years after Göth was executed for genocide and crimes against humanity. Hertwig’s own daughter, Jennifer Teege, has a Nigerian father and wrote the book, My Grandfather Would Have Shot Me in 2008.

With this past month’s job performance, at least Donald Trump is lowering into the grave the notion that the business approach to government is the way of the future. For years, CEO world-beaters have been crowing about how small government would flourish under the hand of a billionaire Commander in Chief. Bye, bye to all that bunk. Trump’s management style is based on his DSM-6 qualification as a narcissist, gamely taking a ‘you’re with me, or against me’ attitude to all things in life. Everything for Trump is a negotiation, so when Trump has to fire Bannon, Chief of Staff Kelly has to allow him to riff about Charlottesville. When Alt-Right Gorka’s gotta go, Trump gets to pardon Arpaio. It’s the art of the deal, only each ‘victory’ that Trump thinks is adding to his base is actually eroding his ability to govern. He’s a lame duck in his first year and has only himself to blame. The ultimate calculation, as Trump’s news dump ahead of Hurricane Harvey proves, is to divert attention from things that matter – such as the Russia Investigation. Trump knows how the world works, as frenemy Roger Stone would attest, and hijacking a news cycle is what he lives for, believe me – Donald Trump doesn’t care if transgendered Americans serve in the military or not, base polling supports a ban – and the work of Robert S. Mueller, III must be ignored! I know when a Russia bombshell will be heading our way via the Times or the Post based on how unhinged Trump’s Twitter feed gets. Trump wants Klinger written off M.A.S.H. and out of the Korean War, and that speaks to the urgency of the matter: the Russia Investigation is a WITCHHUNT! Can you imagine M.A.S.H. without Maxwell Klinger?

From the beginning, I thought the Russia collusion stuff was far-fetched. I mean, how fucking stupid would a person have to be to collude with a foreign government prior to a U.S. presidential election? Pretty fucking stupid is the answer. Even the dumb Donald Trump, I surmised, isn’t that stupid. Or so I thought. Following Roger Stone and Roy Cohn’s political playbook, Trump was elected by dividing the electorate, however, where politicians usually pivot and actually try to govern a little after winning, Trump keeps right on campaigning and campaigning while his approval ratings slip and public appearances grow less and less enthusiastic. My first indication that he’s guilty is because he always acts guilty when this Russia stuff comes up. Why so touchy, Don? As Billy Shakespeare wrote in Hamlet, methinks Trump ‘doth protest too much.’ Then, my natural detective’s instincts were heightened by reports of a meeting at Trump Tower on June 9th with The Donald, Jr., et al., and a bunch of Russians. Not a movie scene, an actual happening. Now Trump’s personal attorney (although apparently, he’s never met him) Michael Cohen is caught talking up the totally awesome Trump Tower Moscow with Putin’s team during the election:

Where will it all end? Hint: it’ll come just after his greatest Twitter outrage of them all.

By NewesFromAmerica in News on August 30, 2017.
← Impeach The Witch! The Emperor Has No Clothes →